Located in Southern California, the Rego brothers’ dental lab is a full-service state-of-the-art facility providing dental restorations for some of the world’s most highly renowned cosmetic dentists.

With over 35 years experience, they are able to combine artistry and craftsmanship to create dental restorations that mimic natural beauty.

Partnering with Dr. Dennis Wells since 2011, Juan and Nelson have dedicated much of their energy and time to mastering the art of prepless dentistry.   They are directly involved in the Micro-thin training seminars, giving dentists the lab perspective on the advanced techniques associated with prepless veneers. 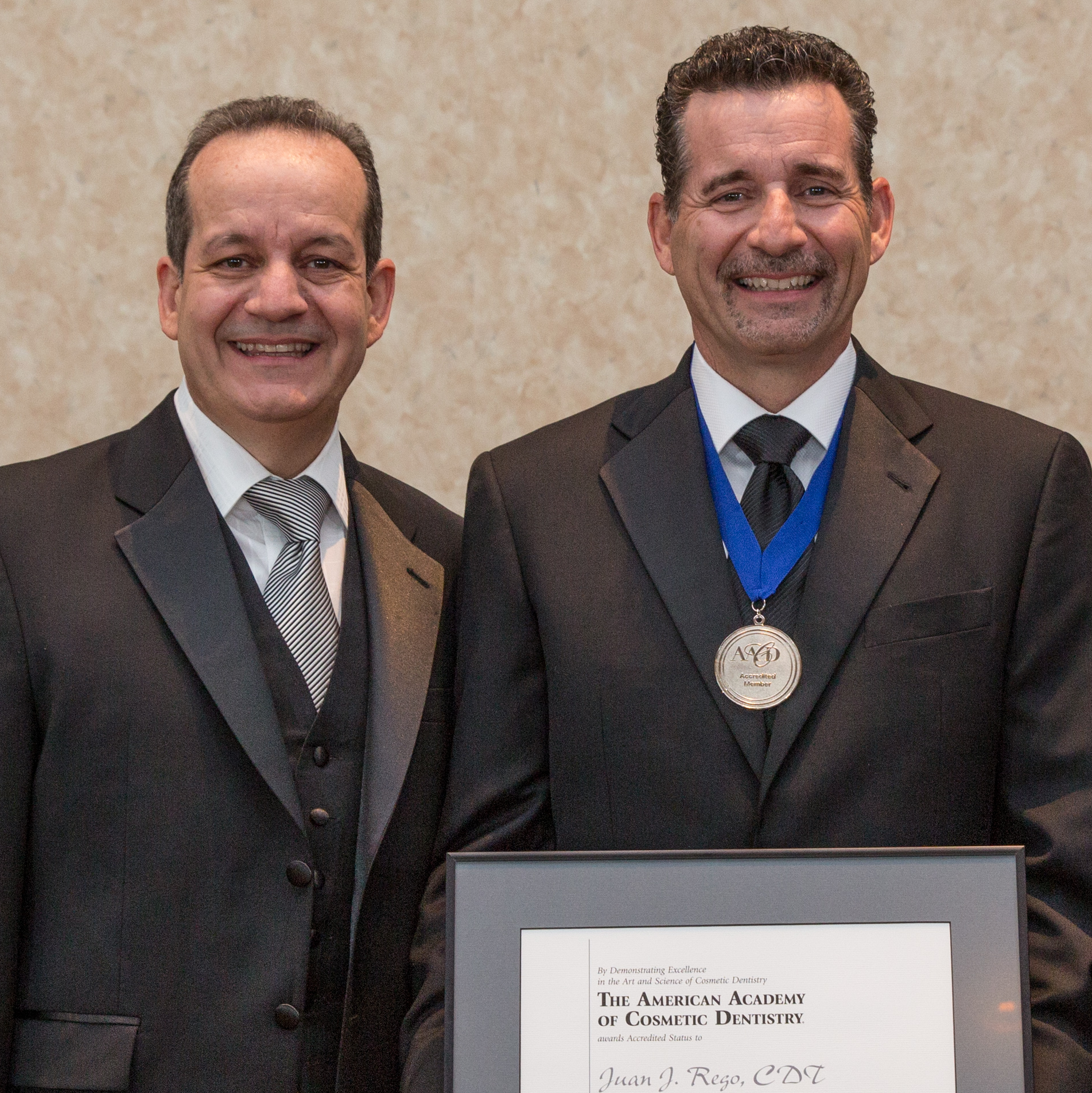 Dennis J. Wells, DDS, founder of the Nashville Center for Aesthetic Dentistry, is a graduate of Harding University and the University of Tennessee Dental School. He received his accreditation with the American Academy of Cosmetic Dentistry (AACD) in 1994, and has since served as an examiner for the AACD accreditation process. He is founding president of the Tennessee Chapter of the AACD, and an instructor for the “P.A.C.-live” aesthetic continuum in San Francisco, a premier post-graduate program sponsored by the University of the Pacific Dental School. Dr. Wells received the President’s Award from the AACD in 2001, and has been recognized in Woodward/White’s 2004-2005 edition of The Best Dentists in America.

Dr. Wells lectures internationally on cosmetic dentistry and practices in Nashville, Tennessee where he has designed the smiles of many high profile people such as music celebrities, professional athletes, and beauty pageant contestants. Additionally, numerous dentists across the country have honored Dr. Wells by choosing him to deliver their own personal smile design treatment. He is a member of the Matrix Band and helped coordinate the Matrix Band CD project for the Give Back a Smile Foundation benefiting victims of domestic violence.

Dr. Wells has been featured in numerous print and broadcast features on oral health and cosmetic dentistry, including an episode of The Learning Channel’s “A Personal Story” that featured a smile makeover. He is also one of only a handful of dentists to be featured on ABC’s hit reality TV show, “Extreme Makeover.”

As a way to have a positive impact on the options people have with their smiles, Dr. Wells is committed to teaching other dentists the special prepless MICROthin techniques. He hosts lectures and seminars in his office so dentists from other areas will be able to offer this exciting option to their patients.

Look No Further. Get Started Today

Find awesome listings near you!